Fat grafting, or fat transfer is a minimal invasive surgical procedure where fat is removed from one area of the body and injected into another for aesthetic purposes. It has several advantages- the procedure kills two birds with one stone by removing unwanted fat and improving the appearance of the fat injection site. It is the most natural way to augment and sculpt the body- after all, what makes a better implant than your own tissue? 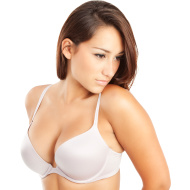 While the idea of fat grafting is not complicated, we have only recently been able to do so consistently and safely in practice. Fat grafting goes all the way back to the late 19th century, when German surgeon Gustav Neuber achieved the first recorded successful fat grafting procedure in transferring fat from the arm to the orbital region to fix scars from osteomyelitis, a bone infection. Two years later, Viktor Czerny transferred a lipoma (a fatty lump under the skin) to the breast to correct the size difference following a mastectomy. While these two showed that fat grafting was possible, fat grafting failed to gain acceptance for the next century due to the many possible complications that would arise as a result of the procedure. It wasn’t until the 90s, when Dr. Sydney Coleman developed standardized structural fat grafting techniques, that the procedure became popular.